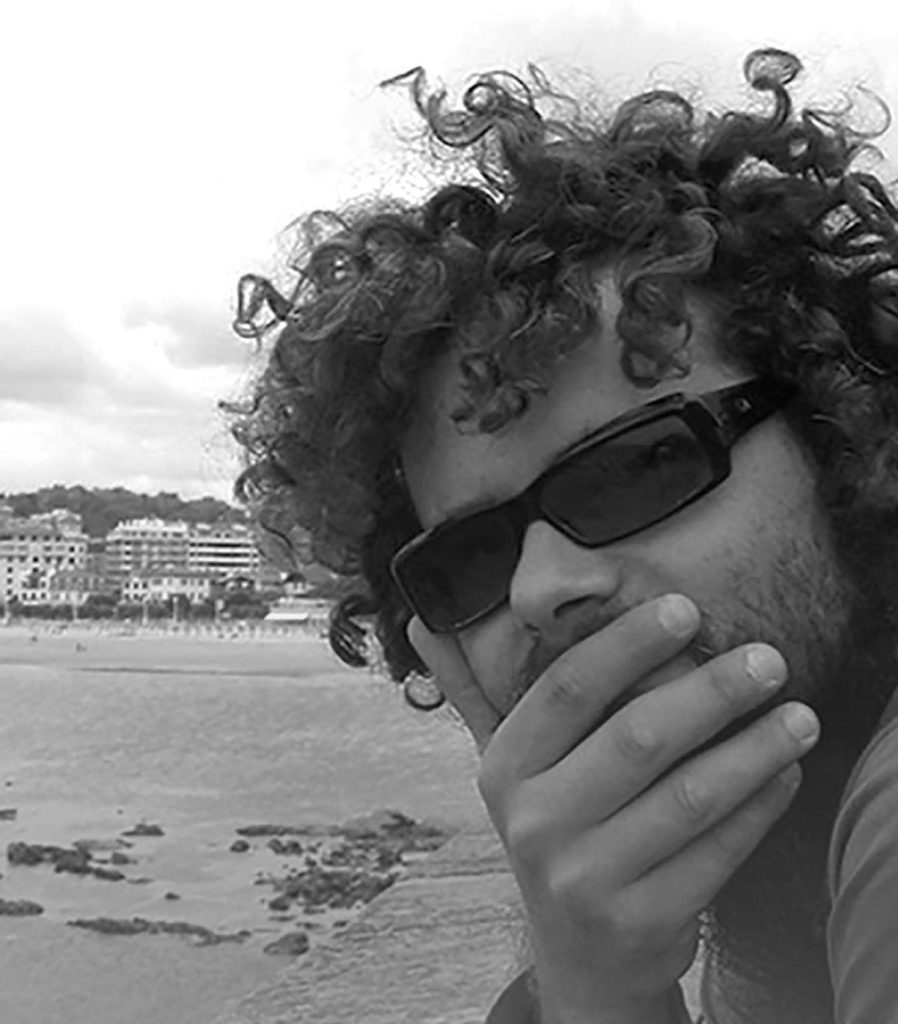 Recently,you have seen your work prize-winning,tell us about it please…
The truth is that ..we do not usually take part in architecture awards.The last time we did it ,in the last edition of the awards of architecture of Ibiza and Formentera 2008-2011 organised by the Demarcacion del COAIB,we were lucky and proud to share the award ex aequo for the house Cas Curune with the Conservatorio de Musica y Danza d Eivissa y Formentera ,Can Toni des Cocons and the viewpoint Erwin Broner, works done by Alfredo Paya ,Elias Torres and Stefano Cortellano respectively. 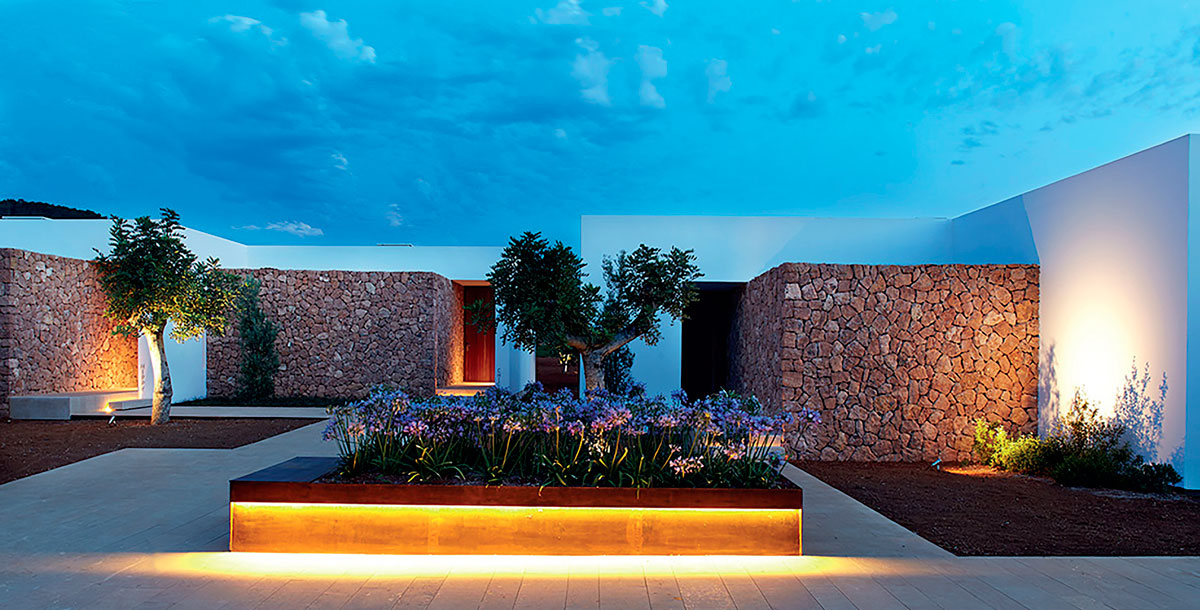 What feelings do you want your projects to transmit?
I believe it depends on what type of project it is and its context. It is not the same to design a house which is a more private work than a building or public area . Each project has its special features and sometimes they interweave just like the projects of the Centro Civico de Santa Agnes and the extension of the Colegio Publico Vara del Rey,being two different programs and even more its site and result seem to speak the same language ,of moderate volumes which they are emptying to allow the light in .In the case of Santa Agnes ,as a mark of respect for the environment ,we did not want to insert any new elements and in the case of the school as it is located in the right center of San Antonio to escape from the exterior or noise. 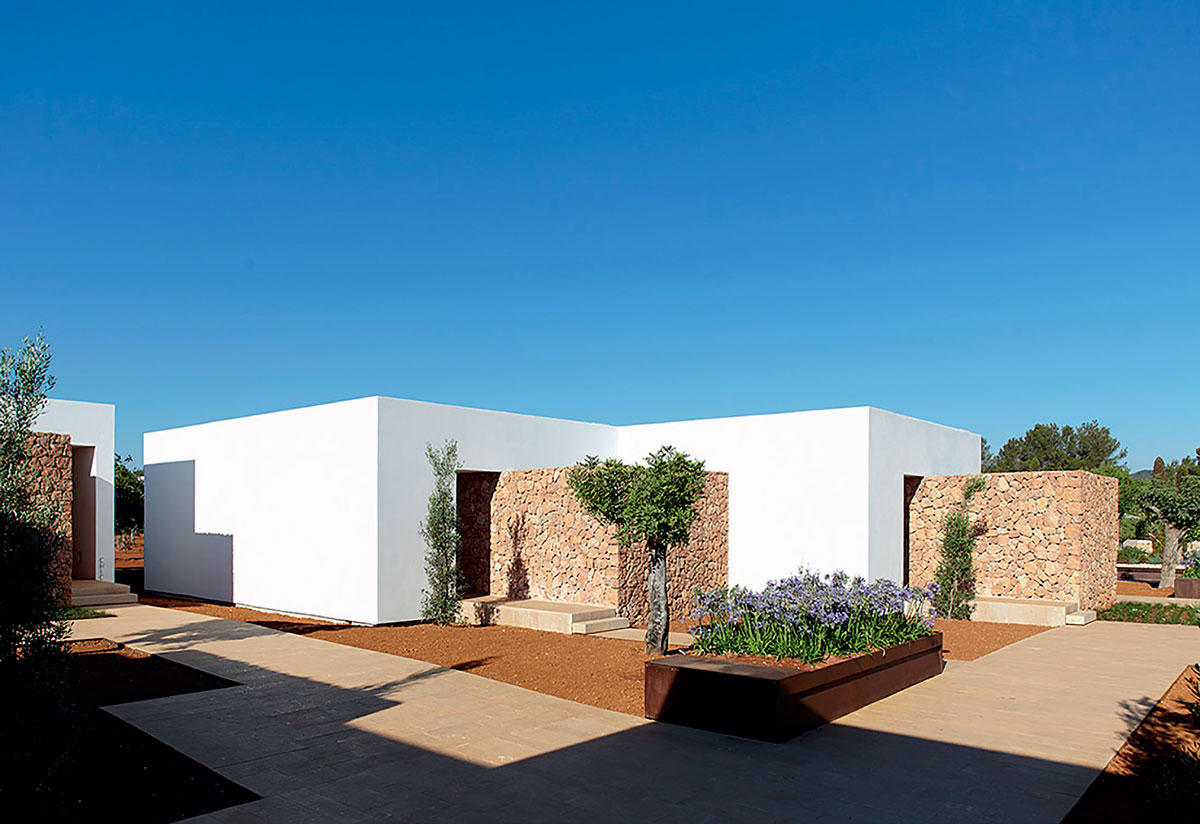 What projects of those you are working on now mean a major challenge for you?
On scale they all have part of a challenge .At present ,we are in full works at the Espai Tur Costa ,a project that from its beginnings is being exciting both for its site”siamese” to the house Tur Costa ,work done by Erwin Broner ,as for the relation with the property Rafel and Annelise.We are also doing a minor intervention ,with the added difficulty ,”a safereig” in the house Cas Curune designed by us. But probably ,in the last two years the project that has needed a major energy from the studio has been the extension of Hotel Rural Cana Xica ,which we have just finished. 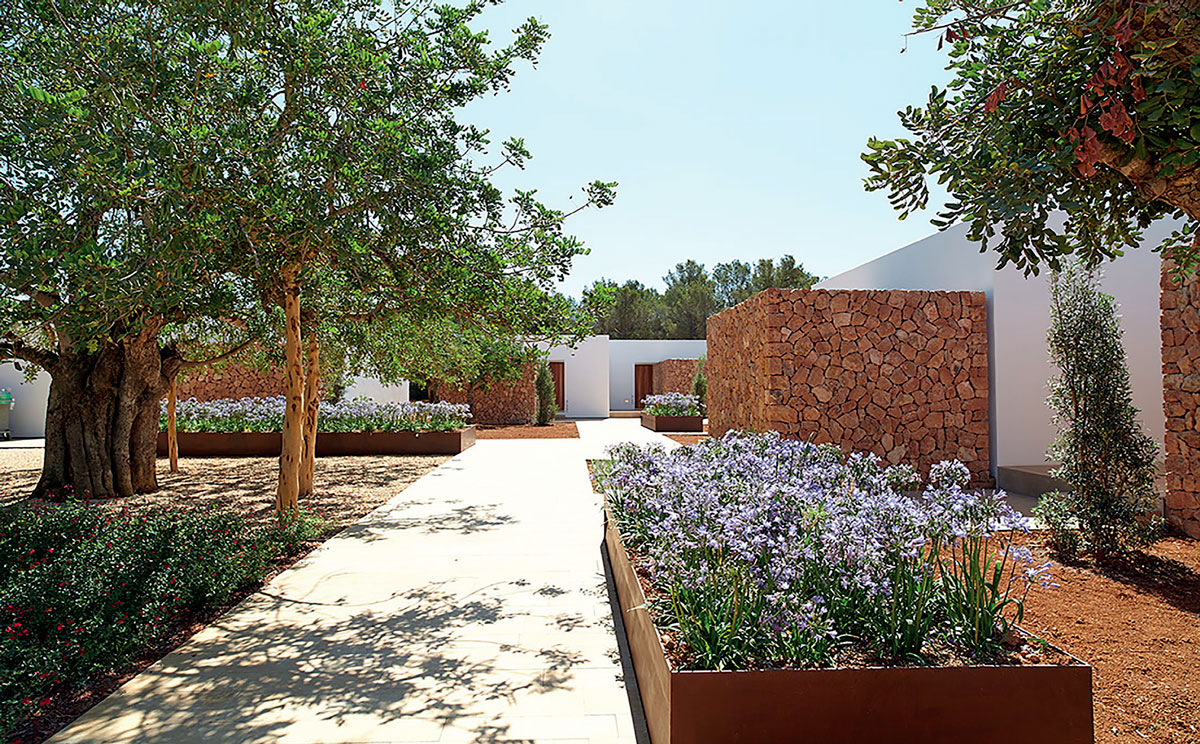 If you built the house of your life this year ,which materials would you choose?
The same as last year and the following year.Walls plastered with lime mortar both inside and outside and manual clay flooring 40x 40cm.The first time I visited Mamen and Roberto´s house it was clear to me.

Would you like the legislation to allow greater creative freedom or….are we fine as we are?
It depends ,freedom always penalizes the good ones but contains the rest of us….or quite the opposite…The truth is that it is complicated .If on the one hand we have a very clear and not subjective standards ,it would not be necessary any technical committee and on the other hand if we open a door to some objective freedom this tends to be criticized.I suppose that you can reach a point of understanding with dialogue .

Who do you admire and were do you get your inspiration from?

At the time of academic training ,the classics Mies,Wright,Corbu, Aalto,Kahn,Saarinen…and nowadays I do not follow any current issues much ,the latest publications that I have been looking at are Croquis de Aires Mateus and the recently edited book by Jose Antonio Martinez Lopeña- Elias Torres. 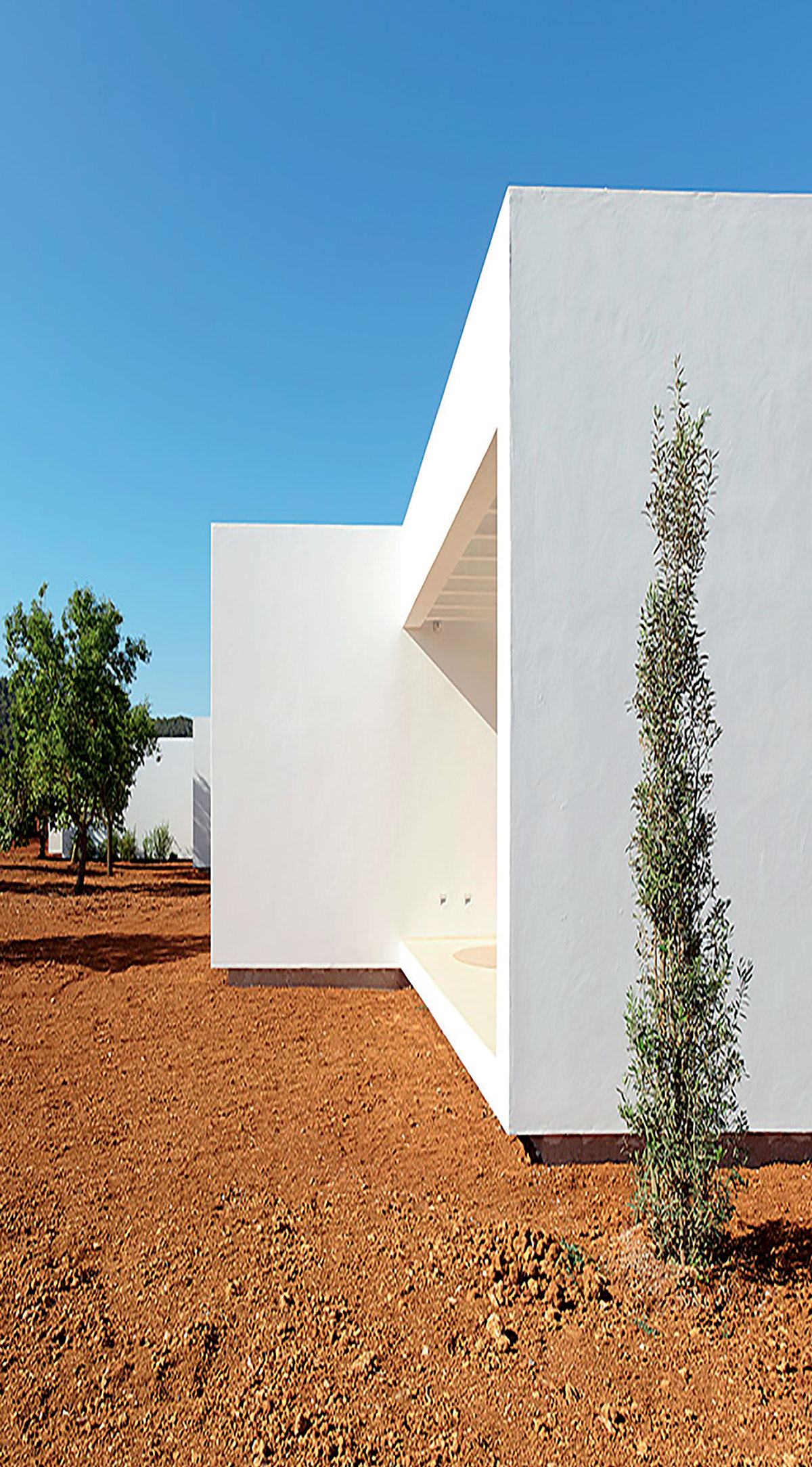 Tell me 3 properties in Ibiza that you really like ….and 3 that you would like to remove or redesign.
While thinking,it comes to my mind buildings that help you to locate yourself in time and in context as La Ebusitana in Avenida España ,the brick fireplace….And more contemporary buildings I would say Casa Broner ,Casa Gili or Club de Campo ,a massive building which is being abused a lot.And speaking of removing ,there are certainly a lot but in the end what matters is not the building itself or the object but the town planning which is the one that generates and encourages best spaces for relationship.

Which town in Ibiza desperately needs a planning intervention and why?
Jesus ,because it is a disaster.It has everything to be a priviledged site .You are in the center of the town but you do not know if you are in the parking lot at Mercadona or beside the church. It has a very serious problem with the roadways thay has to be solved because it is dangerous. The same thing happens in Vila, apart from having a horrible conurbation ,the biggest problem is the car. 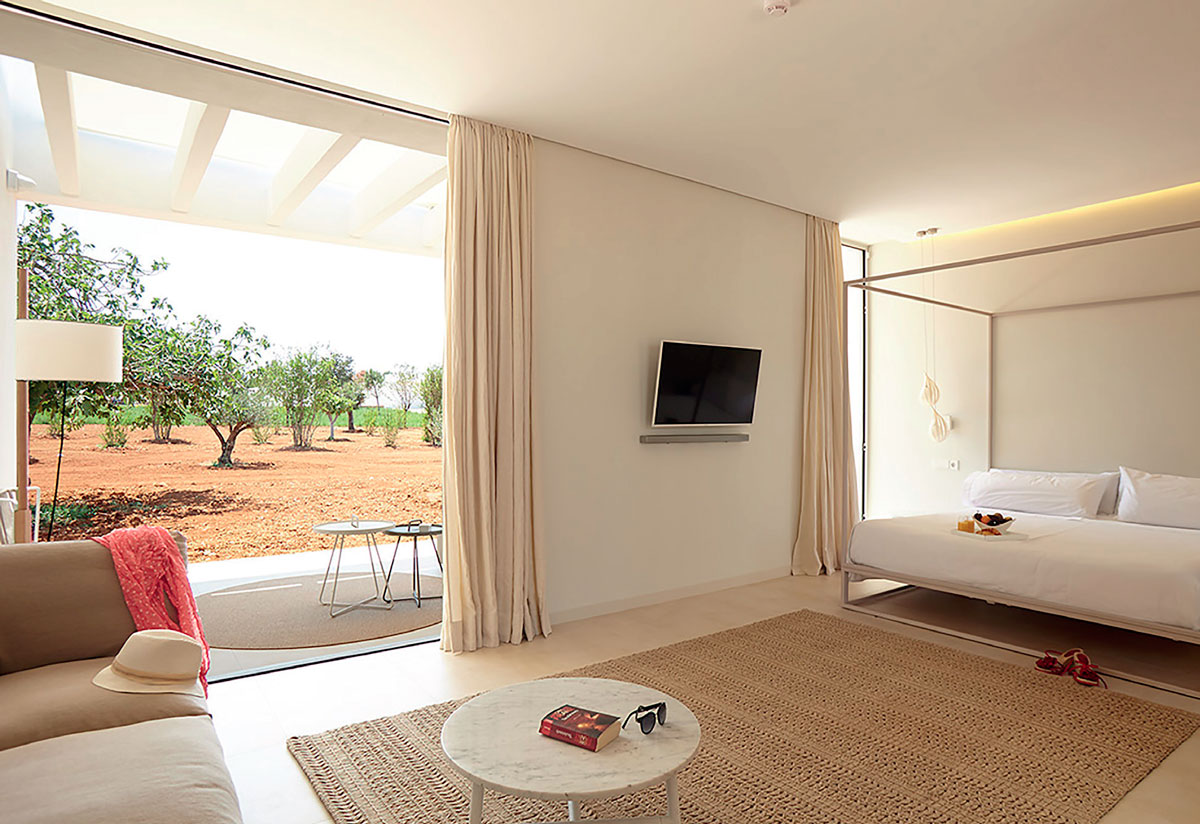 If they were about to order you your life´s work…..which would it be?
(I would not know because they have not ordered it yet) I have never thought about it yet .It is clear that there are more important orders than others ,but at the same time all of them at some point are the most important.In the end a good project is the one that allows you to correct or positively influence the way people connect.In our case we have made more or less successful projects but finally ,for one reason or another ,their use has not been the desired and unlike other projects such as the Pabellon de Talamanca ,they have embedded immediately(regardless of the colour). 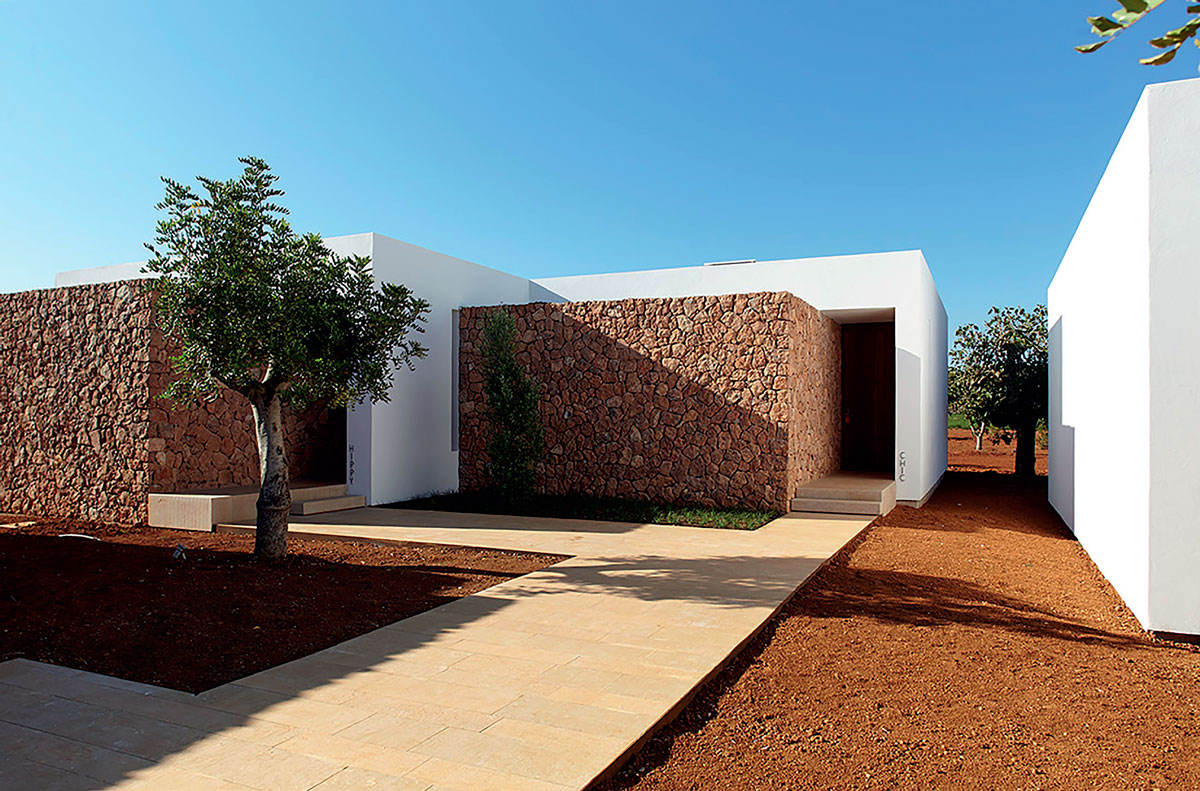