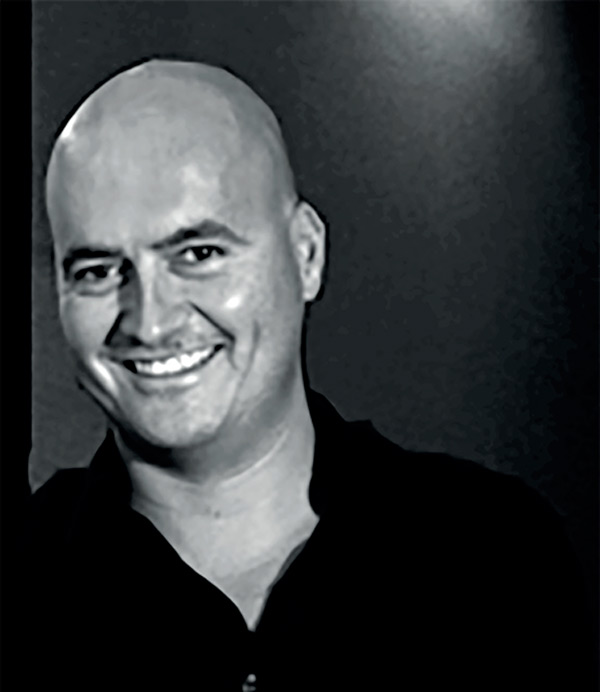 Where did you study and how long have you been practising in Ibiza?
I did my studies of architecture at the Universidad Politecnica de Madrid ,and I have been working as an architect in Ibiza for 15 years.

What would you like your projects to transmit?
It much depends on each project…each client,each place ,each idea is different .In generic terms,I am obsessed with the quality in the finish materials and that each idea reflects authenticity and modernity .I am a big supporter that our architecture should go a step ahead of our way of life,and exploring new limits ,always from the maximum creativity possible. 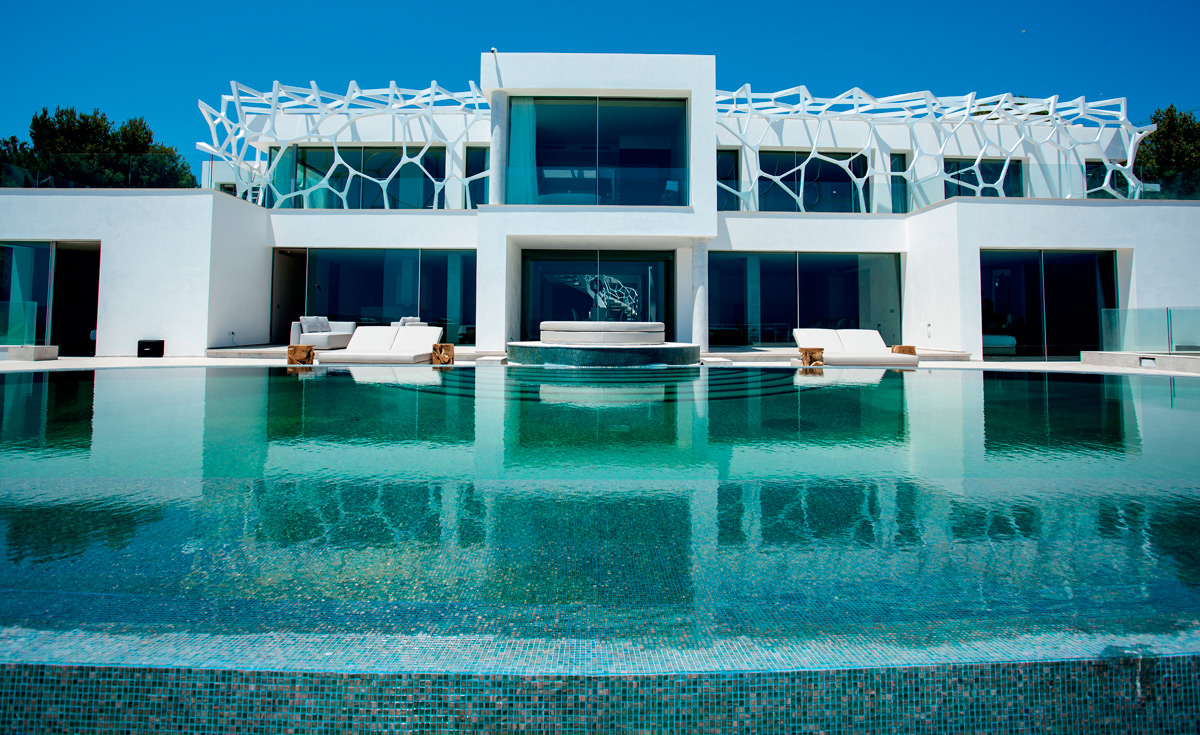 Which projects you are working on now represents a big challenge for you?
In my case ,the challenges are defined by the complexity of accomplishing a more or less avant-garde idea dealing with a very complex administration of this island,that is over-regulated and many times represents the greatest challenge of all.
The client is the key part to carry out a good architecture .The biggest challenges are to innovate in all aspects of the project,from the smallest detail to the architectural identity of the project.

Nowadays, not everything is fair,the demands are increasing and in Ibiza we are facing a time of so much change in the construction sector ,where there must be a full professionalization of the whole industrial and technical sector to deal with the types of work that we are going to be performing in the next 10 years…For me,this is the greatest challenge we face ,to be able to respond to the requirements imposed by the type of client and job that is changing the island completely.

Architecturally speaking ,Ibiza…..who are we? where do we come from? where are we going?
I understand that we are a small group isolated from the rest of the world,with a lot of character and emotional burden of our past. I often compare Ibiza with the Japanese society …we are very jealous and proud of our past but at the same time we want to be the most modern in the world. This is not an easy task ,to evolve properly is the most difficult thing in a society and that is when the architects have much to say…to grow up respecting the past and looking towards the future.

Which is the biggest difficulty an architect has to face?
In Ibiza the greatest difficulty is to deal with a very complex administration ,greatly regulated, changing abruptly every 4 years and with response deadlines unprecedented in any country in the world.Most of our clients are foreigners who have idealized Ibiza until they discover the reality of our administration.This causes great insecurity and many legal problems that should not exist in a modern European society. 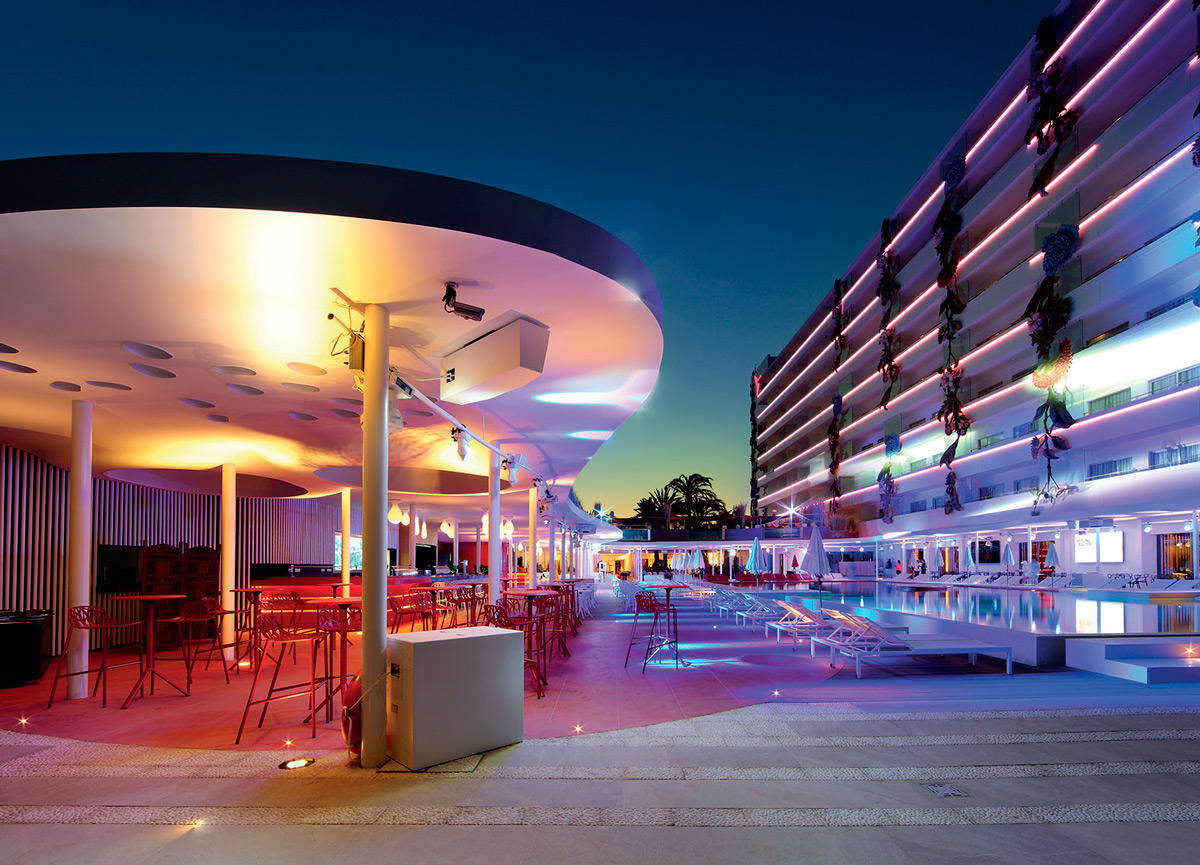 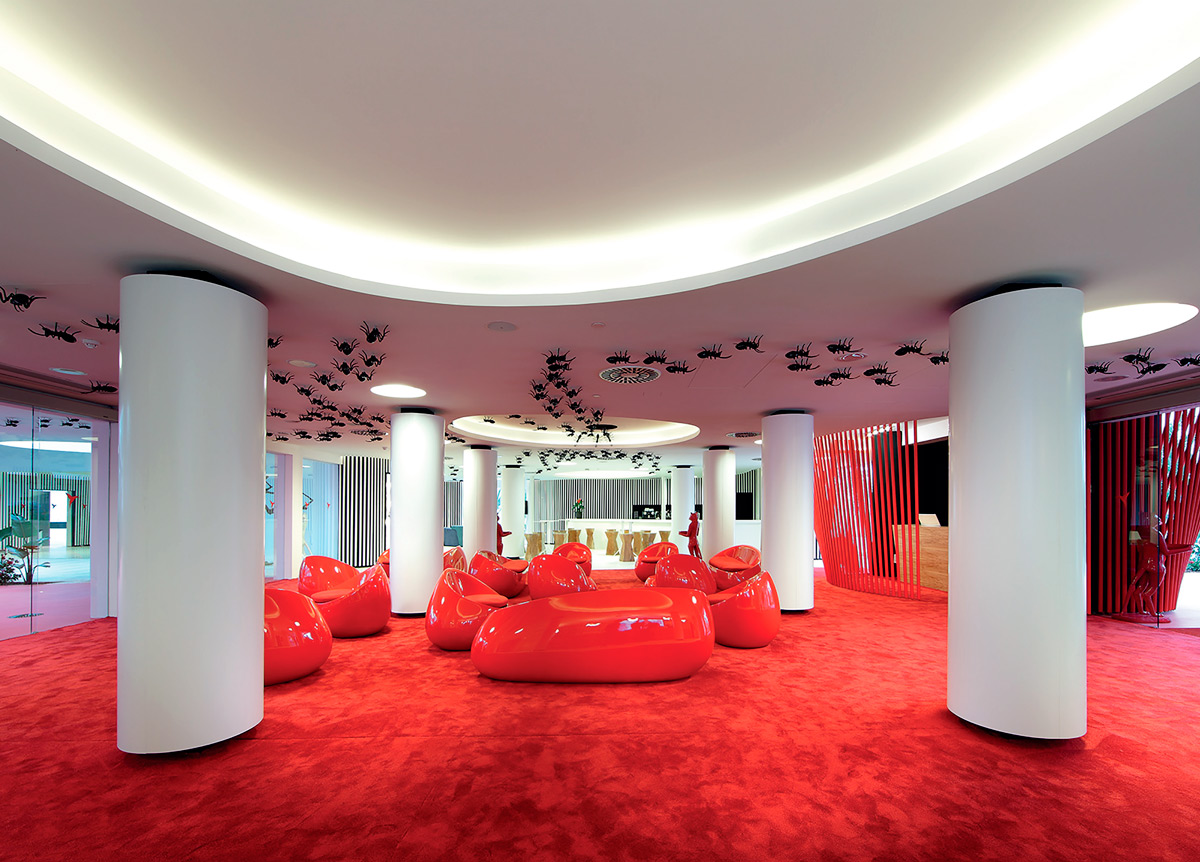 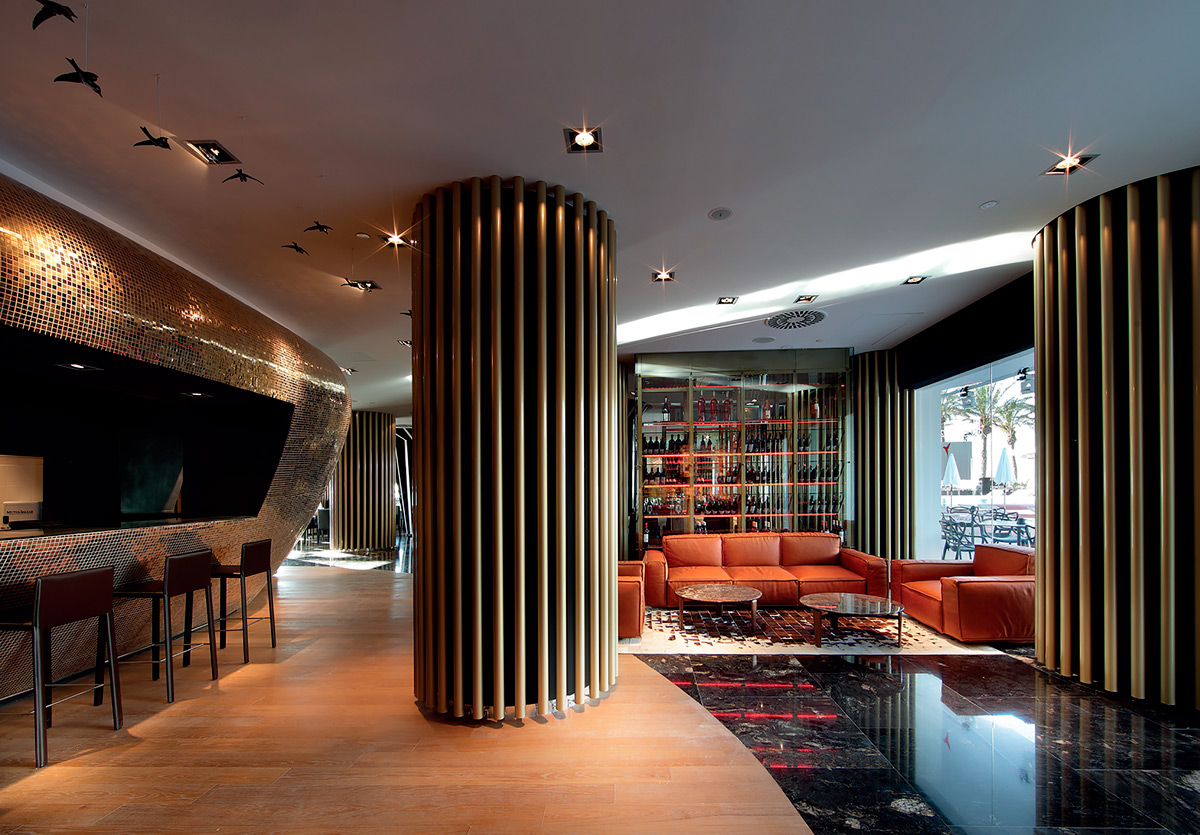 I Would you like the legislation to allow more creative freedom or… are we fine as we are?
WE ARE NOT DOING WELL AS WE ARE…
I think that the legislation is too conservative in some aspects and penalizes the new ideas a lot.This is causing many people to build imitations of traditional Ibicencan houses ,that in many cases do not provide any new ideas. I believe that in order to grow there is no need to invent the wheel in every project,we should only know how to give one more turn to the wheel and for this reason it is necessary for the administration to incorporate the new ideas that exists today to the process of managing.

Who do or did you get inspiration from?
I try to be attentive to the new architectural ideas that arise around the world …this is what inspires me .Many times the inspiration does not come from other architects ,most of the times we are looking for new concepts that are applied in other disciplines and we put them into the architecture .An example of this is the Voronoi that we have done in a house in Roca Llisa, which comes from a mathematical concept developed to make flat partitions through a formula of equidistance between points and that generates some very suggestive images that we have used in the facade. 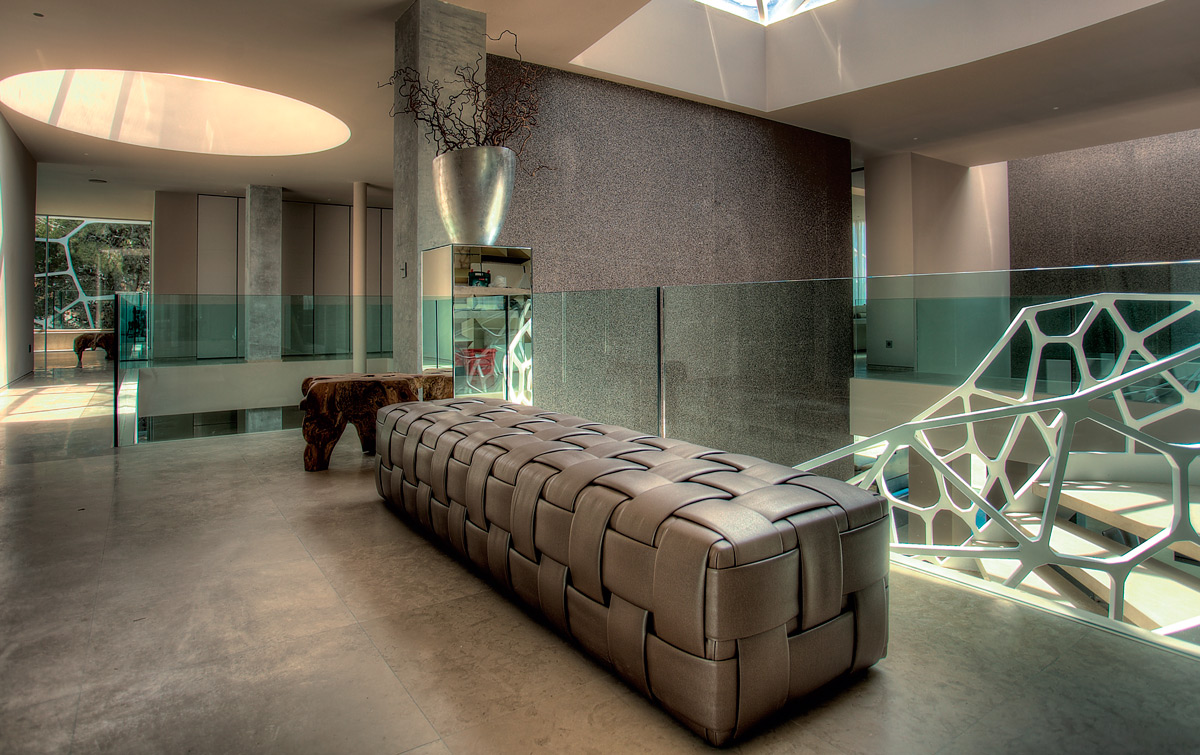 Tell me 3 buildings in Ibiza you love…and 3 you would like to remove or redesign:
I love: The Montesol Hotel by Master Campos. The access staircase to the castle by Elias Torres. The Red House in Cala Salada beach
I would remove or redesign: The CETIS
All the industrial parks next to the roads in Ibiza Some nightclub which look well at night but during the day they show the worst possible image of Ibiza.

Which town in Ibiza needs urgently a urban intervention and why?
San José in general needs a new urban development regulation plan on an urgent basis.We have had this obsolete and very bad planning for many years …In addition to several failed attempts by all the teams of government to make a few new NNSS and they all have failed. For the sake of all of us ,all the politicians should agree on new rules for the township on an urgent basis.

Which materials would you choose if you built your life´s house this year?
I like concrete and wood…I really like authentic materials ,materials with personality.

What would be your life´s project?
A church or a religious temple…this would be the most beautiful thing an architect can aspire. After that ,you can peacefully retire.